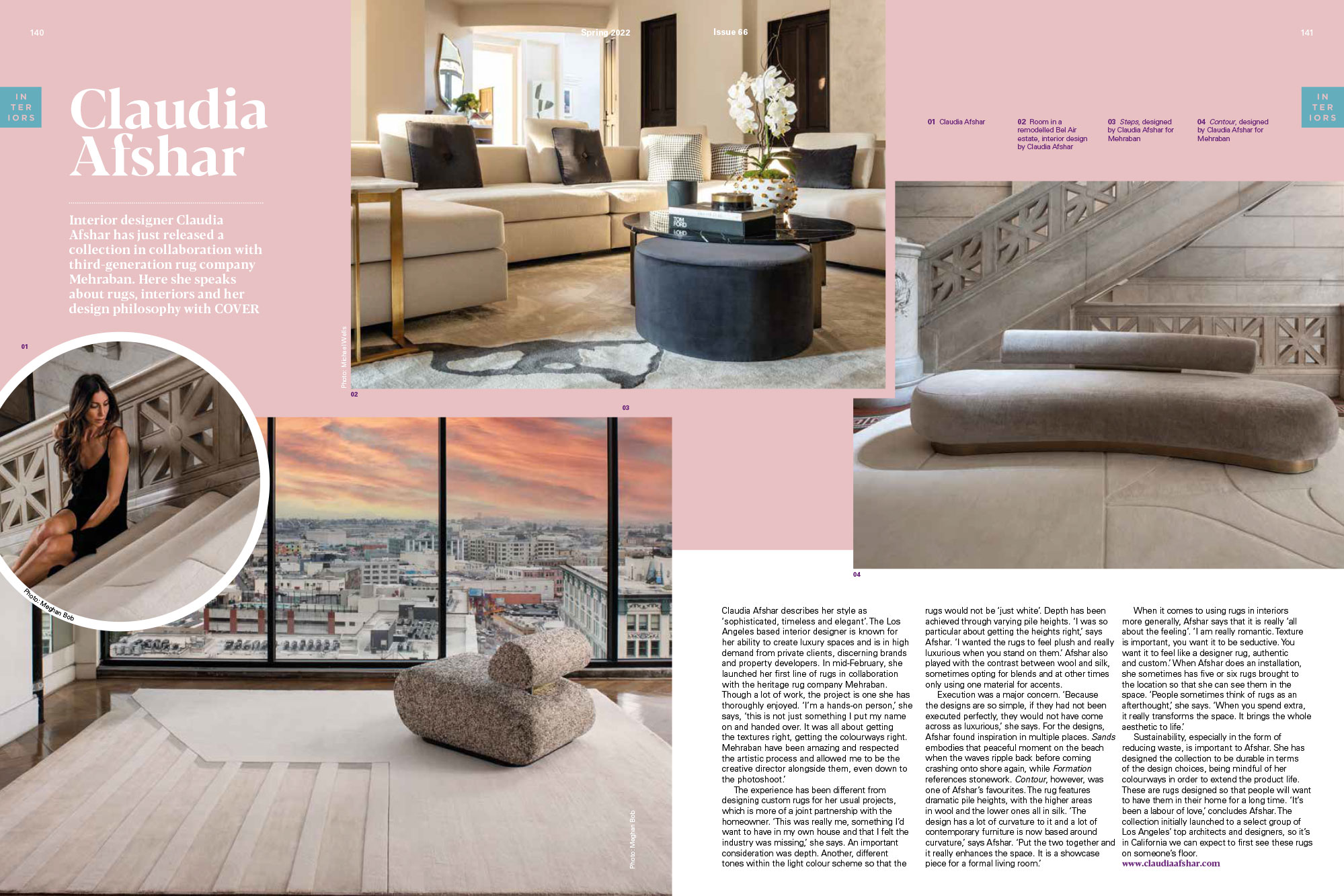 Interior designer Claudia Afshar has just released a collection in collaboration with third-generation rug company Mehraban. Here she speaks about rugs, interiors and her design philosophy with COVER

Claudia Afshar describes her style as ‘sophisticated, timeless and elegant’. The Los Angeles based interior designer is known for her ability to create luxury spaces and is in high demand from private clients, discerning brands and property developers. In mid-February, she launched her first line of rugs in collaboration with the heritage rug company Mehraban. Though a lot of work, the project is one she has thoroughly enjoyed. ‘I’m a hands-on person,’ she says, ‘this is not just something I put my name on and handed over. It was all about getting the textures right, getting the colourways right. Mehraban have been amazing and respected the artistic process and allowed me to be the creative director alongside them, even down to the photoshoot.’

The experience has been different from designing custom rugs for her usual projects, which is more of a joint partnership with the homeowner. ‘This was really me, something I’d want to have in my own house and that I felt the industry was missing,’ she says. An important consideration was depth. Another, different tones within the light colour scheme so that the rugs would not be ‘just white’. Depth has been achieved through varying pile heights. ‘I was so particular about getting the heights right,’ says Afshar. ‘I wanted the rugs to feel plush and really luxurious when you stand on them.’ Afshar also played with the contrast between wool and silk, sometimes opting for blends and at other times only using one material for accents.

Execution was a major concern. ‘Because the designs are so simple, if they had not been executed perfectly, they would not have come across as luxurious,’ she says. For the designs, Afshar found inspiration in multiple places. Sands embodies that peaceful moment on the beach when the waves ripple back before coming crashing onto shore again, while Formation references stonework. Contour, however, was one of Afshar’s favourites. The rug features dramatic pile heights, with the higher areas in wool and the lower ones all in silk. ‘The design has a lot of curvature to it and a lot of contemporary furniture is now based around curvature,’ says Afshar. ‘Put the two together and it really enhances the space. It is a showcase piece for a formal living room.’

Interior designer Claudia Afshar has just released a collection in collaboration with third-generation rug company Mehraban. Here she speaks about rugs, interiors and her design philosophy with COVER When it comes to using rugs in interiors more generally, Afshar says that it is really ‘all about the feeling’. ‘I am really romantic. Texture is important, you want it to be seductive. You want it to feel like a designer rug, authentic and custom.’ When Afshar does an installation, she sometimes has five or six rugs brought to the location so that she can see them in the space. ‘People sometimes think of rugs as an afterthought,’ she says. ‘When you spend extra, it really transforms the space. It brings the whole aesthetic to life.’

Sustainability, especially in the form of reducing waste, is important to Afshar. She has designed the collection to be durable in terms of the design choices, being mindful of her colourways in order to extend the product life. These are rugs designed so that people will want to have them in their home for a long time. ‘It’s been a labour of love,’ concludes Afshar. The collection initially launched to a select group of Los Angeles’ top architects and designers, so it’s in California we can expect to first see these rugs on someone’s floor. 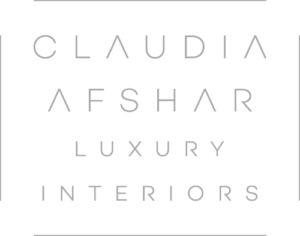